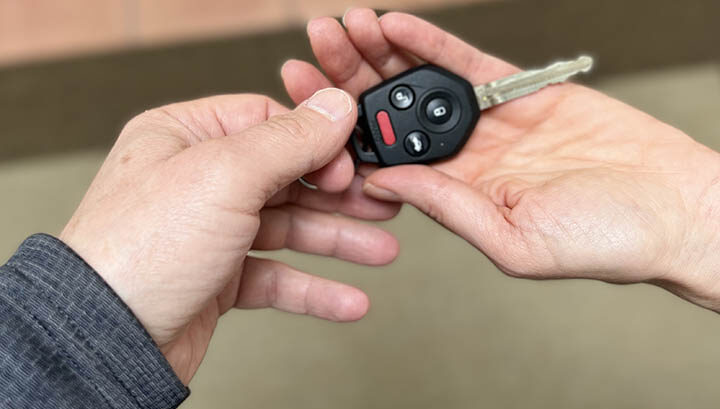 The problem: Cars have gotten infinitely safer with each passing decade and yet, more than 35,000 people die each year on American roads. Since most cars don’t crash themselves, the problem is not the vehicle, but the person behind the wheel. Driving a car is one of the most complex things a human can do. To do it effectively requires unwavering attention and the ability to make split second, sound decisions. Those decisions require eyes, ears, brain, hands and feet working in concert and at their optimum.

Is that kid going to run into the road and is that car behind me coming up too fast and if I swerve for that pothole will I hit the cyclist next to me? Driver error, distractions, and impaired driving account for the vast majority of crashes. Beyond the fatalities, scores more are injured. The costs, both financially and emotionally, are staggering.

In a perfect world, drivers are constantly searching for potential dangers, and are prepared to react if something happens, even if it’s something we’ve never experienced before. The complexity of driving has created serious challenges for the companies that have for years been promising autonomous cars. In spite of Tesla’s self-promotion, the practical and widespread application of level 5 self-driving is still many years off. The best systems currently widely available are essentially enhanced cruise control. Driving is hard, folks.

Considering how difficult driving is, it is not surprising that some of us become compromised behind the wheel as we age. Declines in depth perception, reaction time and overall decision making can create hazardous situations for both the drivers and those around them. These impairments can come from age-related health issues, complications from medications, or a dangerous combination of both. Many years ago my wife and I were riding in the backseat while an elderly family member who we were visiting was driving four of us to dinner in his Buick. On a two-lane main road, he drove below the speed limit as cars behind us piled up and horns blared. When we reached the destination, he turned into the lot, entering through a pedestrian walkway and scraping the car on one of the marker poles. The ride home was only slightly less stressful. More recently, an elderly acquaintance asked me to accompany him to get a new car. On the test drive, while chatting with the salesman, the gentleman drove through a red light. I voiced my concern following both of these incidents to the adult children of the drivers. But for them, the question is what to do?

If you live somewhere where mass transit is unavailable or inconvenient, your car may be your only means of getting around. For active seniors, especially those living alone, the car is often their primary means of connection to the larger community, to family, to shopping, and to social circles. For most drivers, a car means independence and freedom. And many older drivers still drive safely and competently.

But what happens when your aging loved one is no longer driving safely and how do you spot the warning signs? There are often obvious indicators that driving is becoming more difficult. Take a look at their car. Are there scrapes on the sides or the bumpers, particularly at the corners? This often indicates a decline in depth perception and possibly poor judgement. Have they gotten lost going to a location they’ve been to many times before? Have they received traffic tickets for going through a stop sign or red light or for traveling too slowly on a busy roadway? Are they able to park in the center of a spot and properly merge into traffic? There are other less dangerous but still telling signs. Do they leave the car running or a door open or the lights on?  Do they forget where they park and forget to put the car in park before exiting? Once you’ve identified there may be problem, then what?

The talk: If your loved one lives alone, you may not be aware of driving issues unless there is a major incident. Our goal, when possible, is to intervene before something bad happens. Unfortunately, few states require retesting for driver license renewal, therefore declines in driving aptitude can go unnoticed until an incident happens. If you see signs that driving might be becoming difficult, you need to be proactive. Go for a ride with them and see how they handle basic driving tasks. And when it’s time to have the talk regarding handing over the keys, here are some tips to consider.

Most importantly, be compassionate. No one wants to lose their independence. It may help to explain this is not the end, but a transition to a different way of getting where they want to go. Finally, let them know this is coming from a position of love and concern, not control.

Roger Garbow is a longtime automotive industry professional and marketing consultant. Roger is a member of the International Motor Press Association and a contributing automotive writer to numerous outlets including TheDrive.com and Fairfield County’s 068 Magazine