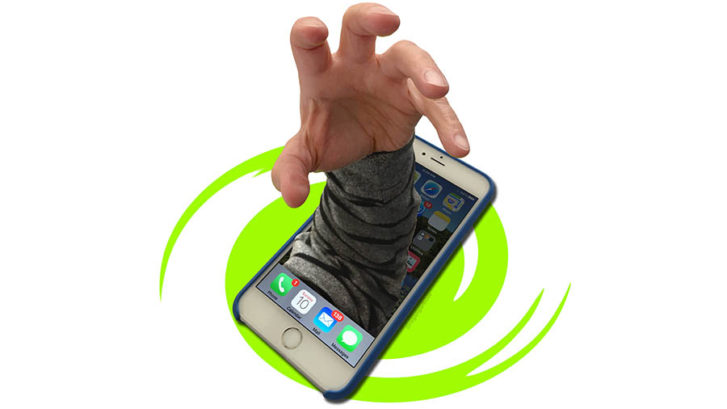 If it can happen to my father, it can happen to anyone. It was three days after the fact when my dad called and told me he was the victim of a financial scam. He waited to tell me out of shame and embarrassment. This is what happened…

On a Friday afternoon, over several hours and cell phone calls, he was convinced that he was speaking to his grandson who was in jail and needed help with bail money.

His grandson (my son) is a good, responsible and smart kid who would not normally do anything illegal. However, the skillful scammer told a story that was convincing and manipulated the love a grandfather has for his grandchild. Although his voice did not sound like his grandson, which my father questioned, the caller said he had a cold. He was in jail and only had one phone call. His story was that he was in a car with a friend and they were pulled over by the police. The trunk was searched and 10 kilos of cocaine was found. He and his friend were arrested for drug dealing. Then the scammer pleaded with my father to not call his parents. So he didn’t. The scam would have been over immediately if only he had sent me a text or called me.

These well-rehearsed thieves then had another person get on the phone posing as a police captain to arrange for wiring of bail money. The “captain” stated my son would have to spend the full weekend in jail if the bail money was not received right away. First they asked my father for $30,000. Luckily he did not have this liquid in his bank account. They asked him how much he had and he said he could send $12,000 so they said that would be fine. He was given a bank and a routing number. He was told not to tell anybody at the bank what it was for if they questioned him—just that it was a private family matter. He went to his local branch where he wired the money. The teller asked if everything was ok, since that was not something my father normally did. He told her everything was fine. The transfer was made.

Then he got a call an hour later from the police captain, that all was set, they received the money, and his grandson was released. However, he was told he could not contact his grandson since there was a gag order. My father felt relieved he had rescued his grandson from staying in jail all weekend. When he sent him a text the next morning to let him know he would help hire a lawyer for him, it was the answer he got that immediately made him realize he had been scammed. My son answered, “What????”

My father is 77 and does not have cognitive impairment. He has a Harvard MBA, and in retirement is a part-time professor at a local university. These devious thieves played on his emotions, making him gullible and the perfect target. Sometimes we think this only happens to people who are impaired, but this showed me that all seniors are vulnerable to these scams.

Please do your part in educating seniors about these most common scams. For more information, click below: